In Japan the consumption of matcha is gradually declining, but the tea’s popularity is rapidly growing in the West. Matcha is believed to have many health benefits, making it a highly desirable beverage for the health conscious consumer. Western use of matcha differs greatly from the traditional use of matcha, though. Matcha in the West has seen a major shift to alternative applications such as the use in smoothies, sweets, ice cream, savory dishes, sauces, etc. Although it is widely known what matcha is (a green tea that has been pulverized and ground into a fine powder), the history of matcha remains a mystery to many. 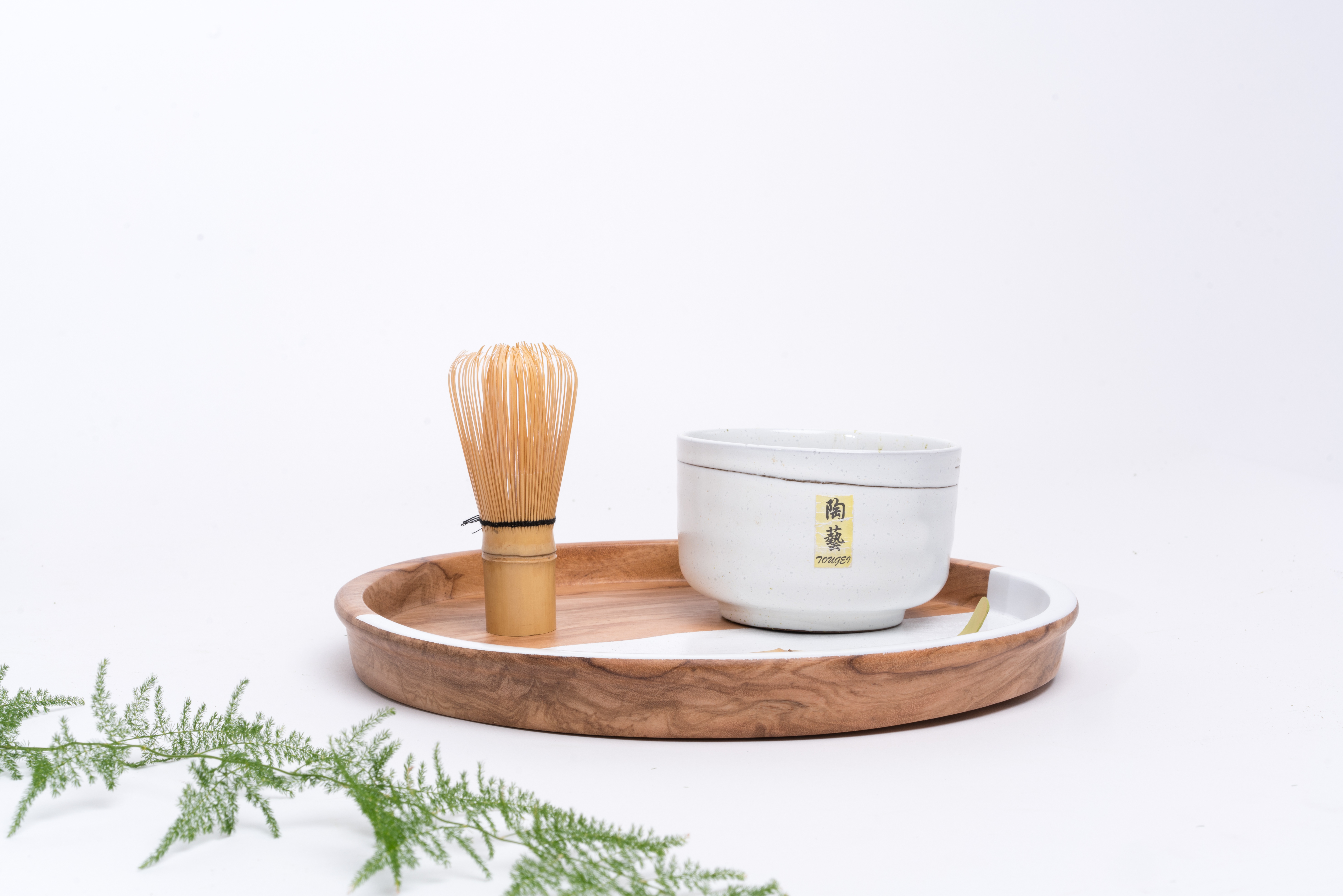 Consuming powdered tea is nothing new. Back in the Chinese Tang Dynasty (7-10th century), tea was prepared by adding hot water and salt to roasted, pulverized tea. Tea production evolved during the Chinese Song Dynasty (10-13th century). It was during this period that steamed green tea was developed. The popular way of preparing this new tea was by whipping a powdered version of green tea in a bowl with hot water. This method of preparing tea was later abandoned by the Chinese for the more traditional method we use today.

Japanese Buddhist monks in the 9th century were the first to drink tea in Japan, having learned about it during envoys to China. In 1191, Zen Priest Eisai brought seeds back to Kyoto which became the basis for Uji tea. Soon after, tea cultivation spread throughout Japan’s prefectures. Eisai is famously quoted as saying that matchawas the “elixir of the immortals."

During this time, it was customary to grind and whip tea in a bowl with hot water. This type of method was later incorporated into the ritual of Chanoyu. Chanoyu (water for tea) is a ritualized Japanese tea ceremony using matcha. Chanoyu can trace its heritage back to the 9th century; however, it has been changed and modified over the centuries. Today’s chanoyu comes from the 16th century.

Zen Buddhists were aware of the meditational benefits of consuming tea whipped in a bowl of hot water, which brought greater sense of clarity and wellbeing. They found that consuming tea before their afternoon meditations enabled them to be much more focused and maintain their energy throughout the afternoon. This special green tea eventually became known as matcha, the ceremonial tea of the temple high priests. The Shogun Warriors also saw the remarkable benefits of this ceremonial tea. The tea gave them sustained energy and mental acuity. This also became the ceremonial drink of the Shogun Warrior before going into battle.

As tea production spread, tea plantation owners in Japan continued to perfect the process for developing and maximizing the most beneficial matcha. Matcha was extremely precious and was produced in tiny quantities so that only the Shogun Warrior and the Nobles were able to drink matcha. However, in 1738, Sohen Nagatani came on the scene and invented the Uji green tea processing method. This method is still in practice and in use today. It enabled a much more efficient process to create a high quality matcha. Matcha became more available to the public. Before, only a handful of merchants had been approved to process and create matcha, and the general population consumed Hojicha, a roasted green tea which produces a brown infusion. Hojicha lacked that beautiful emerald green color of the covetted matcha tea, and Sohen Nagatani wanted the common people of Japan to be able to have access to this highly revered tea. Nagatani began to teach the farmers the secret of this Uji processing method which had a tremendous impact on the development of the entire Uji region of Kyoto; bringing matcha tea to the people.

Some of the best quality matchas come from tea fields of the Uji region. After going through the normal processing steps, specific tea leaves are further sorted to go through the process of making matcha. First the veins of the leaf are removed to produce tencha which is then ground through special stone mills to produce a fine powder.

Matcha is one of the few tea drinks where you actually consume the tea leaf. Because of this, matcha is rich with antioxidants and vitamins, making it one of the more healthful drinks on the market. As westerners become more aware of these benefits, you can expect growth in the west. In the US, matcha consumption is growing each year as consumers look for healthier alternative drinks to consume.